Can you imagine what would happen if every dream you dreamt came true?

And dreams, in this case, I’m referring to your God-given, earth transforming, deep-sated dreams? Dreams not commissioned by people but by the Creator himself?

I do too! And I get excited when I see dreams come true in other people’s lives, when they move from thinking to doing, and in the process changing their lives, and the lives of other people around them.

But here’s something that I hear too often, people stopping short of stepping out in faith and working towards realizing their dreams all because when they shared the them with other people, and in the process they got negative feedback.

I mean, it has happened to me too, where I shared excitedly about what I wanted to do, and then leaving the conversation full of doubt about myself, and what I was fired up about before. Anyone else? Joseph and the technicolour coat?

So I want to share with you 3 times that I’ve identified when you shouldn’t share your dreams. Please note that I’m all for Godly counsel, because there’s so much power in having wise people advise you. However it is important to be aware of yourself, and the stage that your dream is in.

So here are the times when you SHOULDN’T share your dreams.

1. WHEN YOU ARE LOOKING FOR VALIDATION

“Your dreams are usually tailored to you because they are tied to your specific purpose. ”

This is a bit of a tricky one to explain but this is what I’ve found. Your dreams are usually tailored to you because they are tied to your specific purpose.

So often times, other people will not get what you are dreaming of, at least initially. And you know what happens when people don’t understand something? They feel threatened. And threatened people fight or flee. They’ll start giving you reasons why that won’t work (fight) or dismiss you and move on to other things (flee).

Remember the story of Joseph (the technicolour coat guy) in the Bible? He shared his dreams with his family, and none of them liked that, even his Dad. So when you do share with other people what you dream of, be aware that this may happen, no matter how close you are with them.

My Pastor says this often, that your dreams are made in God’s presence. So when God gives you a dream, stop looking around at other people to confirm it for you. Be confident in his leading, and know that He loves the things that you are passionate about even more than you do.

2. AROUND PEOPLE THAT HAVE GIVEN UP

I know it’s common knowledge that we should surround ourselves with people that inspire us to be better people. But from experience, I know that that’s not always possible. Sometimes you are around say, family that complains and grumbles all the time, for whatever reason. And you can’t remove yourself from them for the season.

This is a huge red flag for dream shattering. DON’T SHARE YOUR DREAMS AROUND SUCH PEOPLE. Not because they are bad or anything, but because you will possibly not get any encouragement towards fulfilling your dreams. I’ve heard it said before that it is tough to lead people where you haven’t been yourself, so when people have given up on their dreams, they’ll often want to lead you down their paths of fear and discouragement.

Am I saying you shouldn’t encourage others to rise up? No. But just be wise about when to speak up. Be committed to guarding your heart.

Sometimes just talking about our dreams is detrimental to making them happen. Let me give an example. Do you have a friend or relative that has talked about something they’ve wanted to accomplish for years? They’ve talked about it since you’ve known them? Maybe it’s even you. Yea.

I’m of the belief that when you get a desire that you can’t shake to do something, DO IT! And do it today, because the longer you wait, the further that dream moves away. Have you ever woken up from a vivid dream? What happens to the feelings associated with the dream once the day goes on? And in a week’s time? A year’s time? Those feelings fade right? It’s no longer as exciting or as scary, you even wonder what got you so worked up.

Stop talking about your dreams for the sake of talking about them, or to impress others with your ‘big ideas’. Be a doer, better to fail than reaching the end of your life wondering what would have happened if you had pursued such and such.

I hope you are encouraged and challenged. If something resonated please leave a comment and let me know about it!

Previous Post: « 6 simple reasons why I switched to natural-based haircare
Next Post: The 3 best ways to build an image library for your home business » 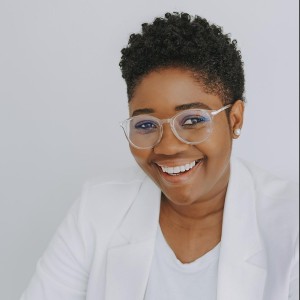 I'm Fify & in here I share the tools & processes that I use to do business online.
So if you are starting out online, or you are curious about what I use daily to build my brans & take care of myself, then stick around. Read More…

For Mother’s Day this year they drew some funny

This week I told someone asking for camera advice

Before the pandemic hit, I was working on some con

Dreaming of working from anywhere using the internet but unsure of where to start?

Find out which Online Business Model is Right For You!

There are many different types of businesses you can start online. And finding a model that’s aligned to your lifestyle, strengths, and interests is key to getting the success you are looking for!